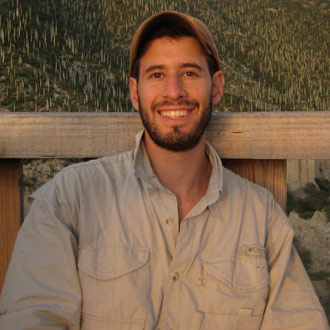 Our initial thinking is revolving around a specific region in the Sonoran Desert, the fresh water pozos of the Gran Desierto.

The Gran Desierto is the largest extent of sand dunes in North America. These grains of sand, once the interior of the Grand Canyon, found on both sides of the international border, hold a fossil water aquifer of unknown extent. This ancient water rises to the surface on the coastal edge of the dune field where artesian pressure brings forth multiple wetlands and pozos (fresh water springs) – riparian islands in a sand sea. These oases and salt fields have been a source for humans and wildlife alike for hundreds of years. What was once the destination of a multi-day pilgrimage now lays adjacent to a newly constructed paved highway.

Discussions have addressed how the pozos portend as a point of focus for our work together. We are both drawn to the singularity of the well, the individuality of it as a vital pocket in the long-stretching desert, yet not entirely singular, from their connection to visiting peoples and animals both in distant times and today; The decades of humans orbiting them and their strata of collected biomass... So singular and so communal both at the same time…

Images from Carl Lumholtz's 1912 expedition as scanned from New Trails in Mexico:

Text from Carl Lumholtz's expedition in 1912

“One of these pozos was still further out, actually in the salt bed, where the soft salt cover became more solid, and here the water was perfectly fresh. One small pozo which contained much water had no hill in the middle. An extraordinary feature of these formations was that water actually may be found on top of the sand heap in the middle. Climbing up one of them which was unusually high, about ten feet, I found that a coyote had scratched a hole four feet above the depression, and this was filled with water. The sand on top was mixed with some black vegetable matter and was extremely moist; a small hole I scooped out with my hand was immediately filled with fresh water. I suppose these curious formations in the sandy soil of the shore are due to the action of water that at one time must have been stronger than now. There is no mountain range nearer than the isolated Sierra del Rosario, thirty-five miles to the north. Sand dunes are still characteristic of the country for miles further on. It seems as if the presence of so much fresh water here must pre-suppose its existence underneath the western area of the desert of the District of Altar and extending perhaps up into southern Arizona."